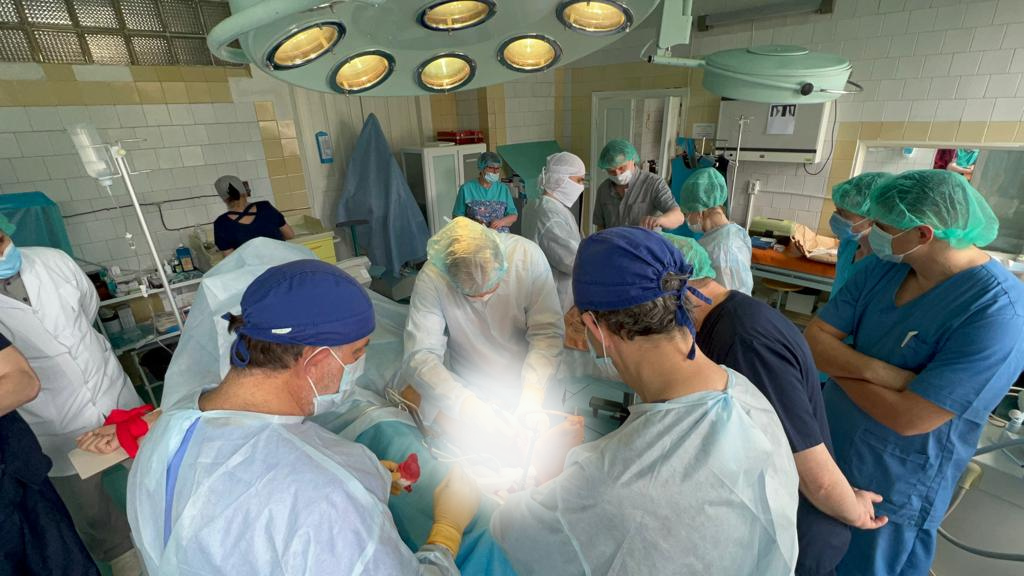 UOSSM has been responding to the crisis in Ukraine by providing expertise gained from over 10 years of war in Syria through medical missions and training. On April 2 -12, UOSSM, in partnership with British renowned war doctor, Dr. David Nott of the David Nott Foundation, led a surgical medical mission, providing training workshops to doctors, and critical surgeries to patients affected by the war in Ukraine. Dr. David Nott, Dr. Monzer Yazji, Dr. Ahmad Dbais and Dr. Mohammed Zaidiye all contributed and coordinated in the surgical medical mission.

Throughout the 10 days, the medical mission team visited seven major hospitals throughout several geographical locations in eastern, central, and western Ukraine, where complex reconstructive and plastic surgeries were performed on victims of attacks. 40 doctors observed and received trainings during the surgeries. In addition, three workshops were provided to over 37 doctors with different surgical specialties.  The workshops taught doctors about damage and impact on the human body from different types of weapons during war, different types of trauma resulting from these weapons, and response handling these injuries including damage control, emergency surgery, and plastic and reconstructive surgery.

A new surgical medical mission is being planned soon to provide support to the doctors and people of Ukraine.

Dr. David Nott wrote on his foundation page about his visit in Ukraine, “Now having seen the devastation, it feels like the exact same tactics as in Syria. When I was in Aleppo in 2016, the whole region was completely and utterly destroyed. What we’re seeing in cities like Mariupol – the destruction – feels very similar to what I witnessed in Aleppo.”

UOSSM Ukraine was established in Ukraine with an office in Lutsk and two medical clinics, one in Lviv and one in Lutsk, providing urgent medical care to displaced Ukrainians and vital trainings to doctors and medical staff.

Dr. Monzer Yazji, co-founder of UOSSM USA said, “As Dr. Nott and I were visiting hospitals in Ukraine, we witnessed very similar severe injuries to the ones we witnessed in Syria. It was harrowing to see this type of history repeat itself and victims with the same types of horrible injuries. Our duty is to help the innocent civilians by providing them with urgent medical care, and support doctors by providing medical training on handling war-related injuries that they desperately need. The duty of the international community is to ensure that these types of attacks are never repeated again, anywhere in the world.”

You can support our medical work in Ukraine here. 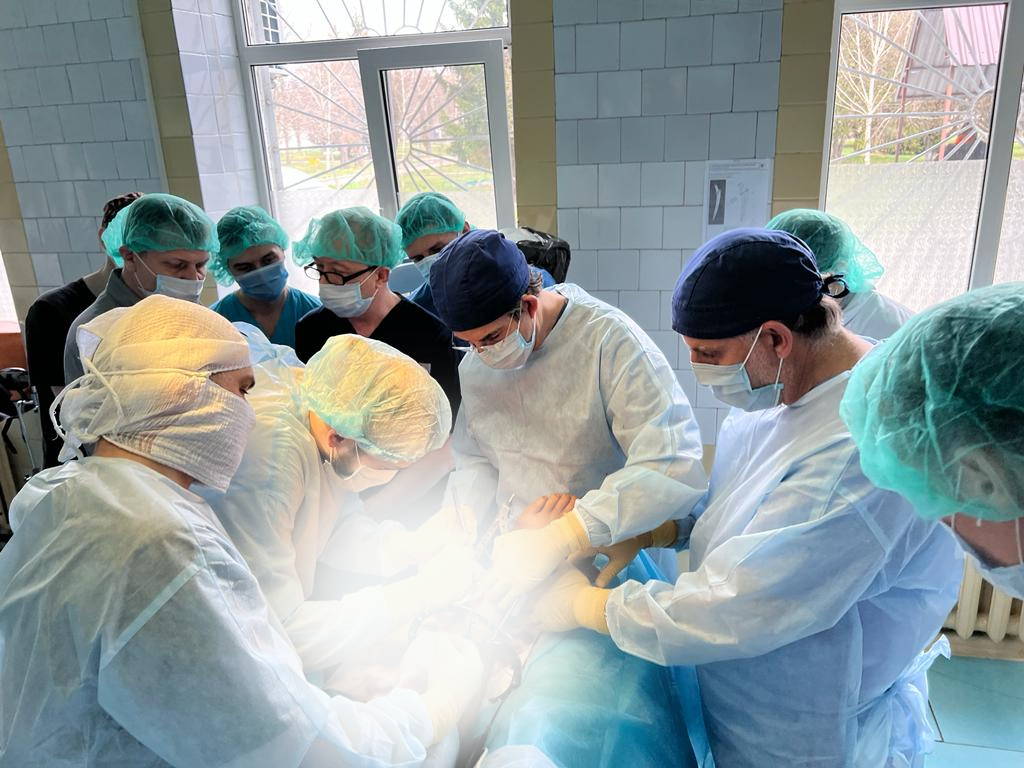 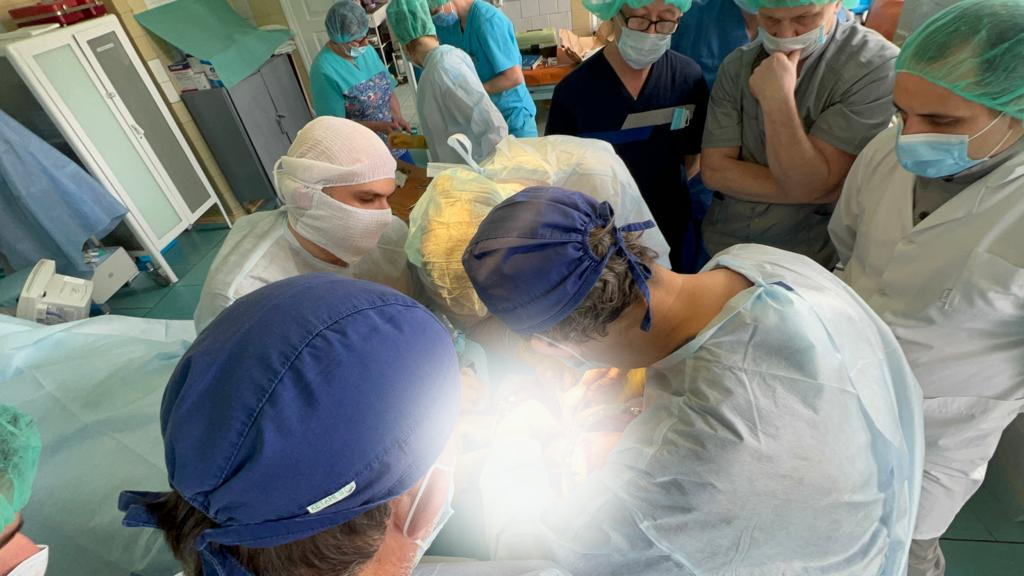 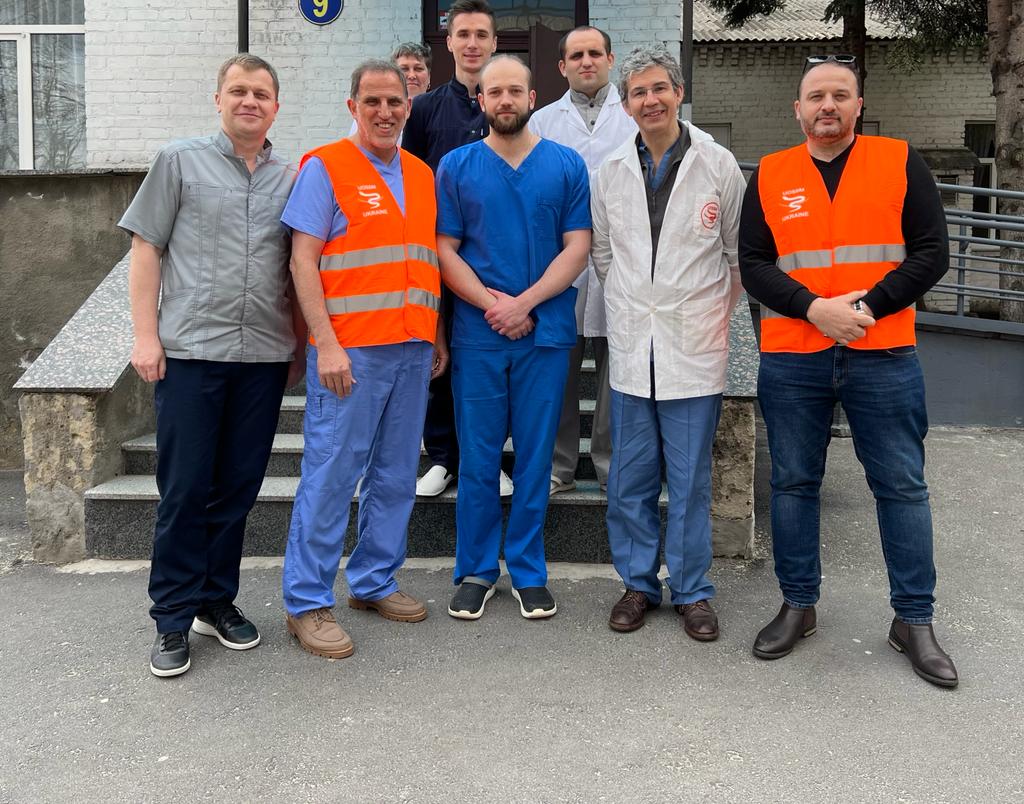