Dozens dead in 'one of worst chemical strikes in Syrian history'

As well as the dead, more than 500 other civilians were injured in the strike, the Union of Medical Care and Relief Organisations (UOSSM) told Sky News. 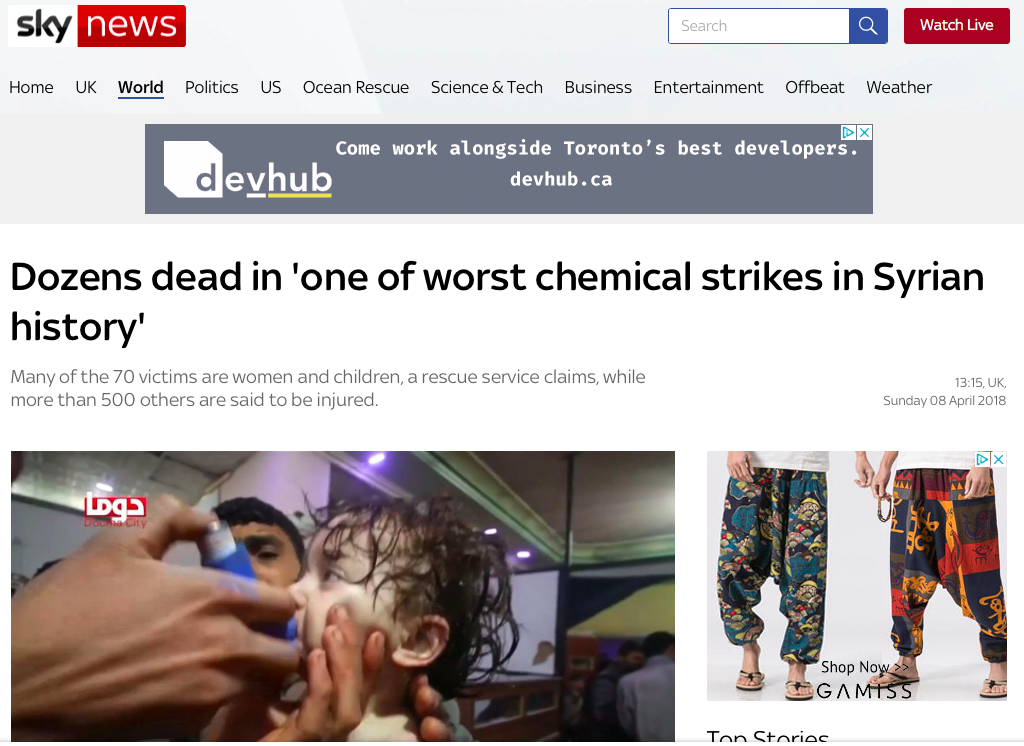