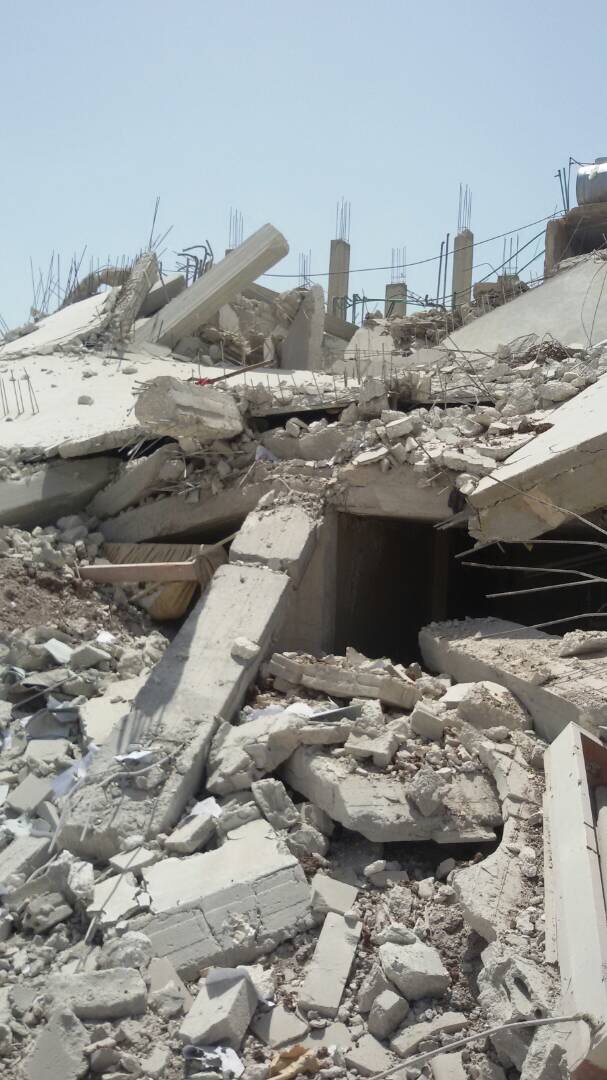 This attack caused major damage to the emergency department and injured one staff member. The third attack happened at 2 p.m. Damascus time on April 29 and  completely destroyed the facility. No fatalities or injuries were reported as the hospital was evacuated due to earlier attacks. The hospital provided 4,050 consultations, 100 natural birth deliveries, 40 C-sections, 280 major surgeries, and 66 war related trauma cases a month.

The hospital was built and donated by Dr. Hassan Al-Araj, a cardiologist, who was killed in a targeted attack of the Cave Hospital in Hama one year ago in April. Dr. Al-Araj wanted the specialty hospital to provide free medical care to the people in the area.

Dr. Ahmad Dbais, UOSSM Safety and Security Director and a close colleague of the late Dr. Al-Araj said: “Despite the countless attacks, Dr. Al- Araj was insistent that they continue operating the hospital because he wanted to serve the people who needed it most. Every time a window would break or the hospital would get damaged, he would personally make sure it was repaired. Dr. Al-Araj left his family in Turkey and insisted on physically being at the hospital to see his patients. He would always tell me this hospital must remain open to serve the people, it was the only one, and he was the only cardiologist in the area. The hospital was attacked more than most facilities in Syria. He was constantly working to fortify the hospital; with dirt, with concrete, and any way he could to keep the staff and patients safe.  Dr. Al-Araj was a true hero who gave his life to serve others.”

Attacks on medical facilities continue in all areas of Syria. Today, May 1, at 11 a.m. Damascus time, the Arbeen Surgical Hospital in eastern Ghouta was attacked and put out of service after the four-story building next to the hospital collapsed on the facility. Three civilians were killed (two children and a woman) and tens of civilians were wounded. The hospital provided an average of 1,400 consultations and 125 major surgeries a month.

On April 29 at 12:30 p.m. Damascus time, the Kafr Zeta Civil Defense Center (White Helmets) was attacked killing eight staff. The facility was put out of service.

On Friday, April 28, at 1 a.m. Damascus time the Nuaymah Hospital in Daraa was attacked and put out of service.