At least 25 people were killed and more than 500 injured after the attack in Douma, according to the Union of Medical Care and Relief Organisations.

The Paris-based aid agency, known by its French initialism UOSSM, said many of the victims were children. 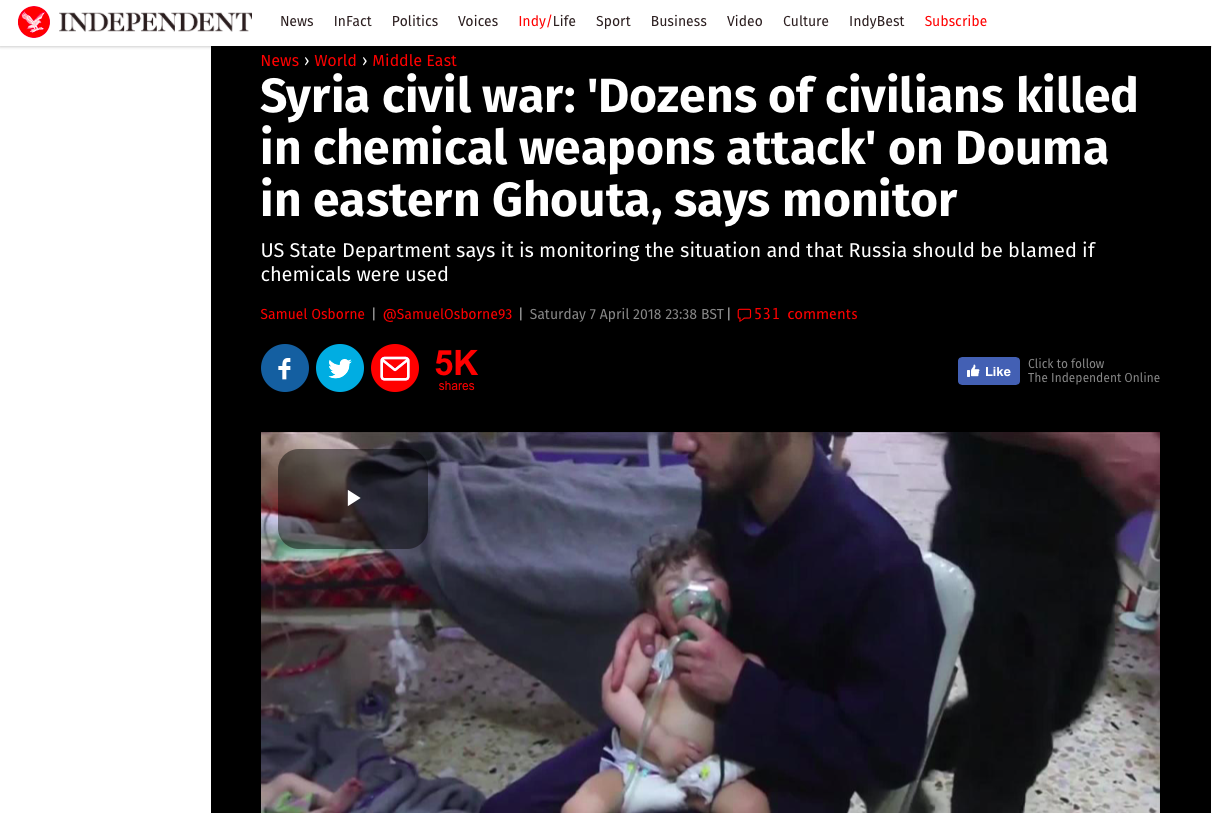