Two paramedics and one driver were killed today in the line of duty as their ambulance was targeted by an airstrike and completely destroyed. They were driving towards the site of another attack in Kafr Zeta, in the Hama Countryside, to help the victims, and were hit by an airstrike at 2:00 p.m. Damascus time. The ambulance was part of the Kafr Zeta Ambulance System, supported by the Hama Health Directorate. 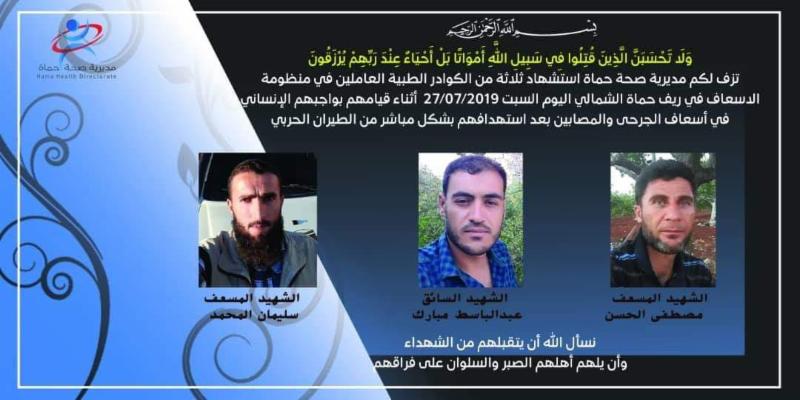 The attacks in northwest Syria have intensified over the past week. At least 118 were killed, and over 171 were wounded. Many of the victims were women and children. This week a painful image emerged of two young girls ages 5 and 3 as they were dangling from their destroyed home. Big sister Reham was holding onto her baby sister, Rawan, so she wouldn’t fall. Ultimately both fell, Reham died and Rawan died the next day.

Since April 28, at least 700 civilians have been killed, many of them women and children, and at least 1600 were wounded. 25 humanitarian workers were killed, at least 29 were wounded, and 39 medical facilities were bombed. Since April 28, approximately 500,000 people have been displaced after their homes and areas have come under fierce bombardment. Many of these families have nowhere to go.

In the strongest terms, UOSSM condemns the killing of aid workers and the deliberate destruction of medical facilities, which is a clear violation of UNSC 2286 and a war crime. We stand in solidarity with all aid workers operating in Syria and mourn the loss of these courageous paramedics who were killed in the line of duty. UOSSM, a supporter of the Hama Health Directorate, takes this loss especially personally. 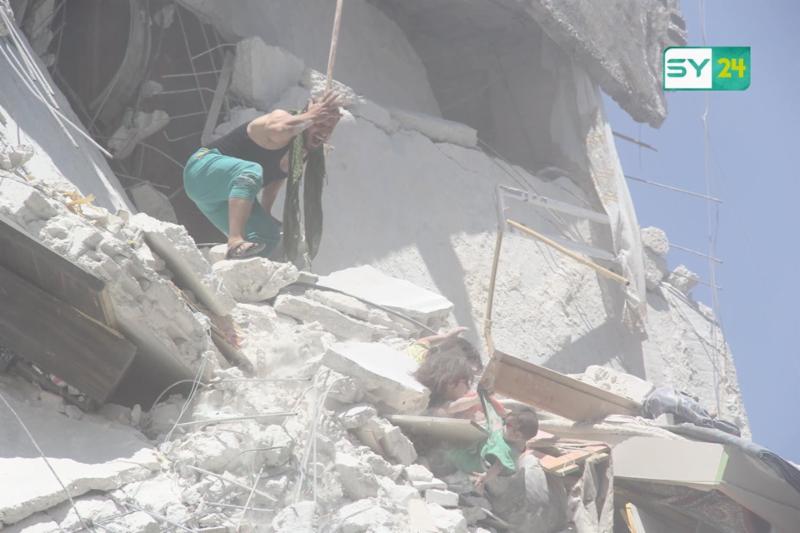 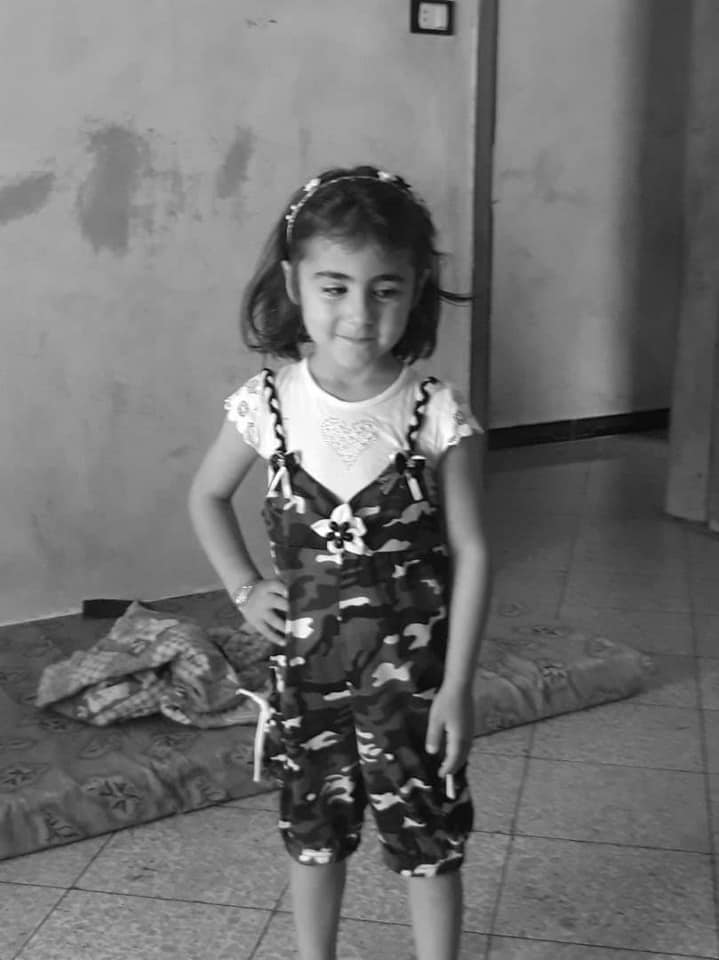