On January 29, 2020 at 22:40 Damascus time, multiple airstrikes hit Al Shami Surgical Hospital in Ariha, Idlib injuring four nurses, the director of the facility and an administrator (in critical condition).  At least six people were killed as they waited outside the hospital.The hospital was heavily damaged and put out of service. Since April 2019, there have been at least 74 attacks on medical facilities.  In the past 48 hours, over 80,000 civilians have been displaced from Ariha and Saraqeb, fleeing heavy airstrikes on civilian areas.  Since January 1, at least 138 civilians have been killed.

“The medical infrastructure is crippled in North Western Syria, with many facilities having to shut down to protect staff and patients. This has caused catastrophic interruptions for patients with chronic and acute illnesses, and lead to the untold suffering of thousands of people.  This year’s harsh winter (below freezing) is affecting the health of hundreds of thousands of patients living outside. UOSSM doctors have witnessed a dramatic rise in illnesses, respiratory infections and skin conditions.  The international community must intervene immediately to restore peace and stability to the region. There are over 3 million people with nowhere to go and I fear we will soon witness a genocide. If millions head towards the Turkish border it will be a global catastrophe”- Said Dr. Hussam Al Fakir, Chairman of UOSSM International.
According to OHCHR monitoring, from January 15 to 23, OCHR confirmed incidents in which at least 81 civilians including 13 women, 14 girls and 20 boys were killed as a result of airstrikes and ground operations. Of these, eight civilians including four women and two boys were killed in Aleppo city and 44 civilians including seven women, 13 girls and 11 boys were killed in western rural Aleppo alone – more than 50% of the total.
From December 1, 2019 to January 27, 2020, the UN reported nearly 390,000 people were displaced. Given the challenges in collecting data in active conflict, UOSSM estimates the number of internally displaced to be significantly higher. Roughly 80% were women and children, and were displaced mostly from large population centers such as Saraqeb and Maarat Al Nouman, as well as smaller towns and villages in southern Idlib. Many have been displaced multiple times, increasing their vulnerability and inability to cope.
Hyperinflation is compounding the disaster in North Western Syria. The unprecedented devaluation of the Syrian Pound, which is now ranging between 1,000 and 1,200 SYP per USD in January 2020, compared to 640 SYP per USD in mid-October 2019. The prices of vital goods in North Western Syria have doubled and tripled increasing the dependence on foreign aid for basic survival. Fuel prices have become unaffordable, affecting the cost of transportation and fuel for generators, which power many of the medical facilities.
In the strongest terms, UOSSM condemns the continued attacks against civilians and medical facilities. UOSSM demands the international community act immediately to protect millions of civilians from an impending genocide, and that they mobilize emergency rations of shelter, food, water and medical care for the underserved population. 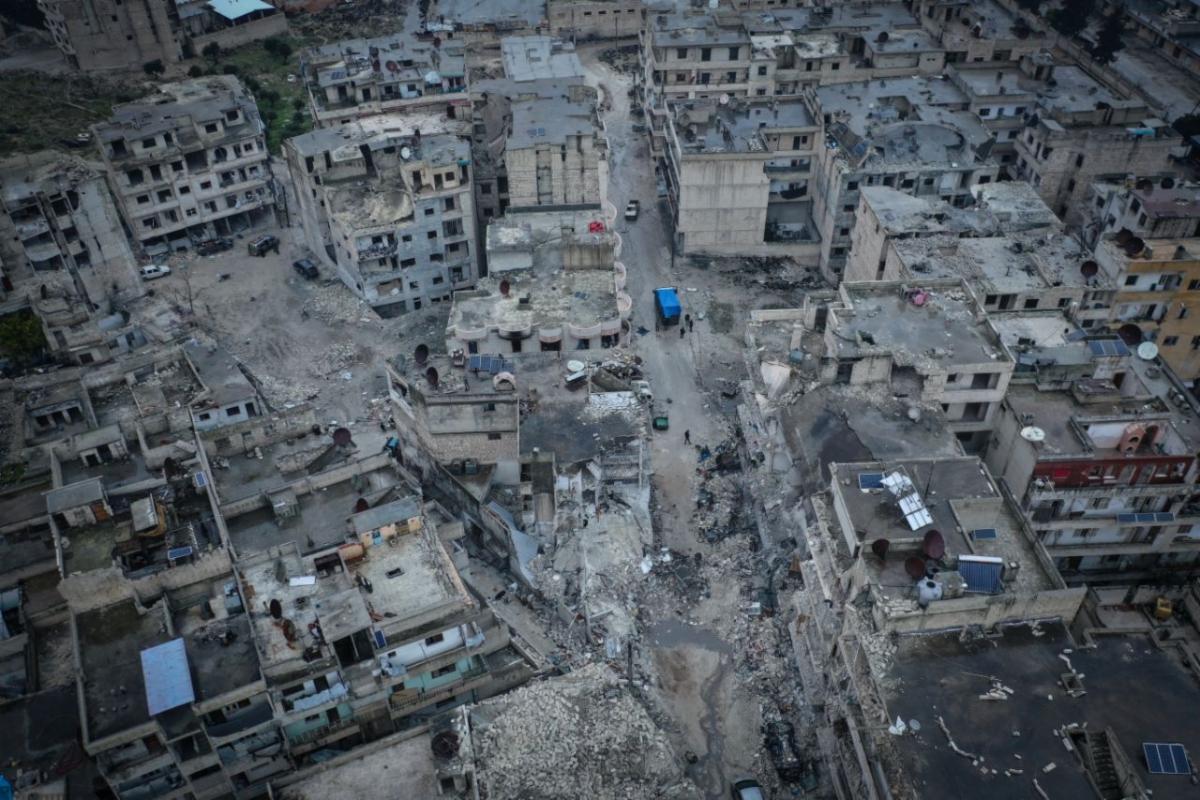