# of Shared Equipment In Syria

# of Shared Equipment In Syria:

There are devices that are used in more than one department, such as defibrillators and monitors, as well as, devices that provide services to the hospital, in general, such as electric generators, oxygen generators and other equipment. Results are summarized as follows:

The availability of central oxygen generators, functional on non-functional, are mapped as follows: 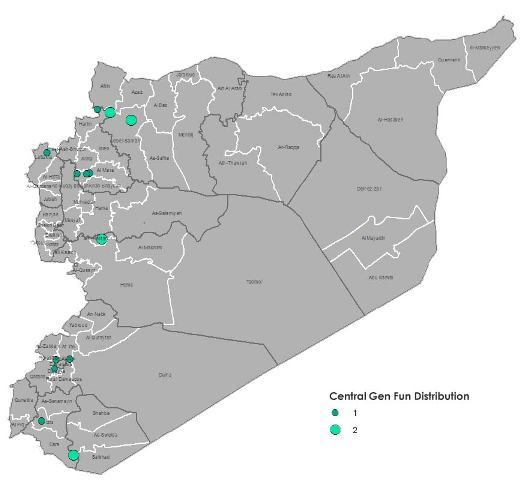 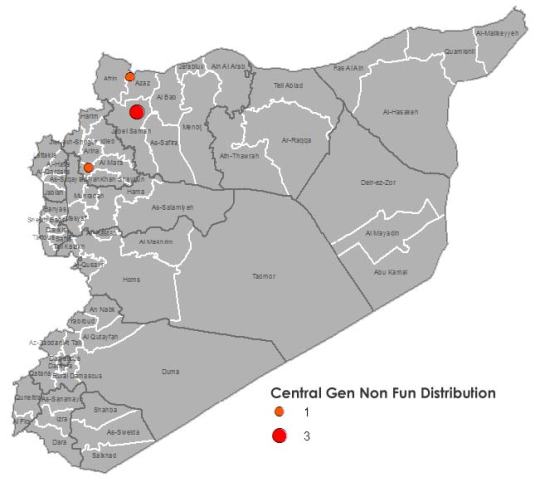 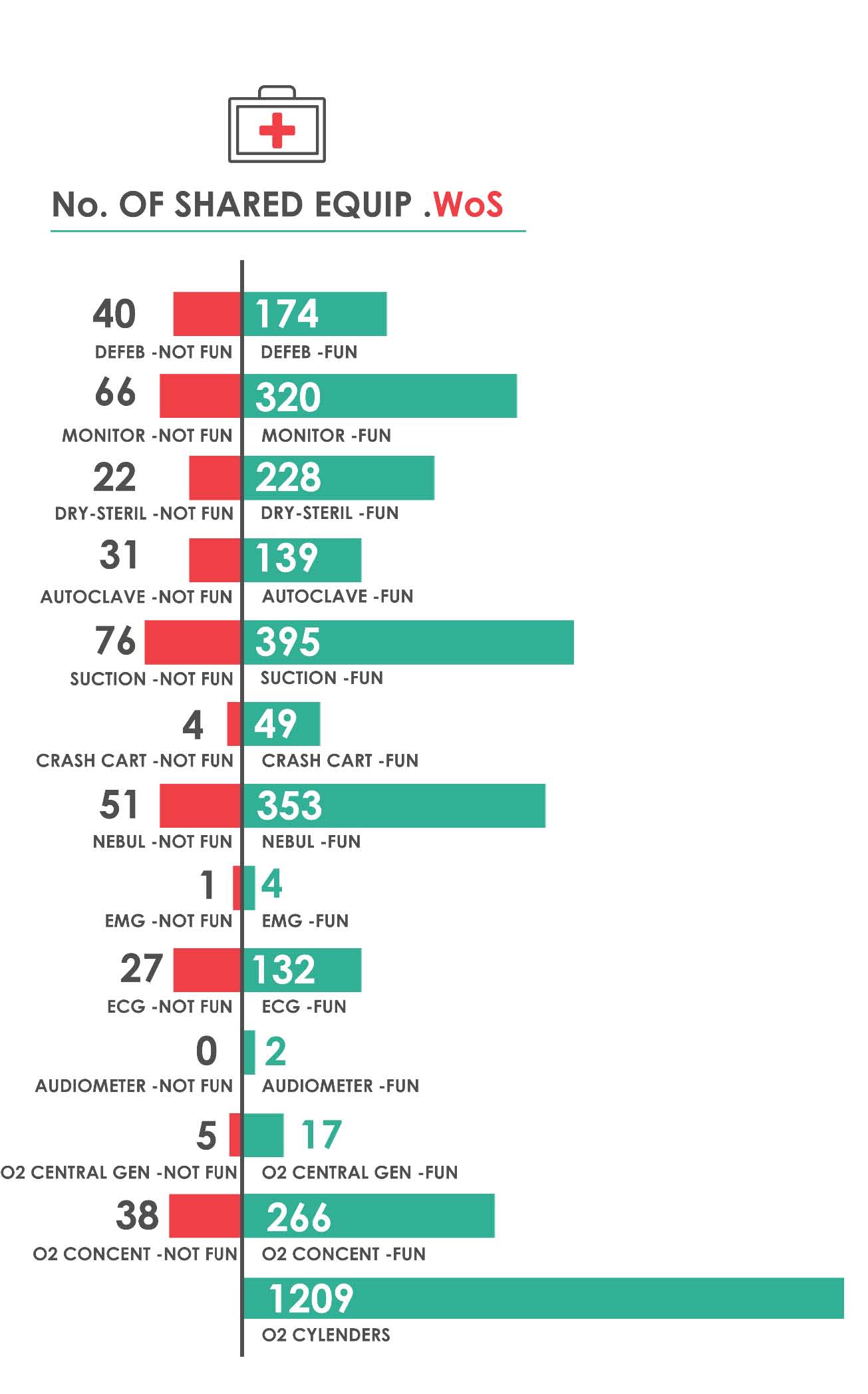